Keys to Success in the Modern Era – St Xavier’s Tour 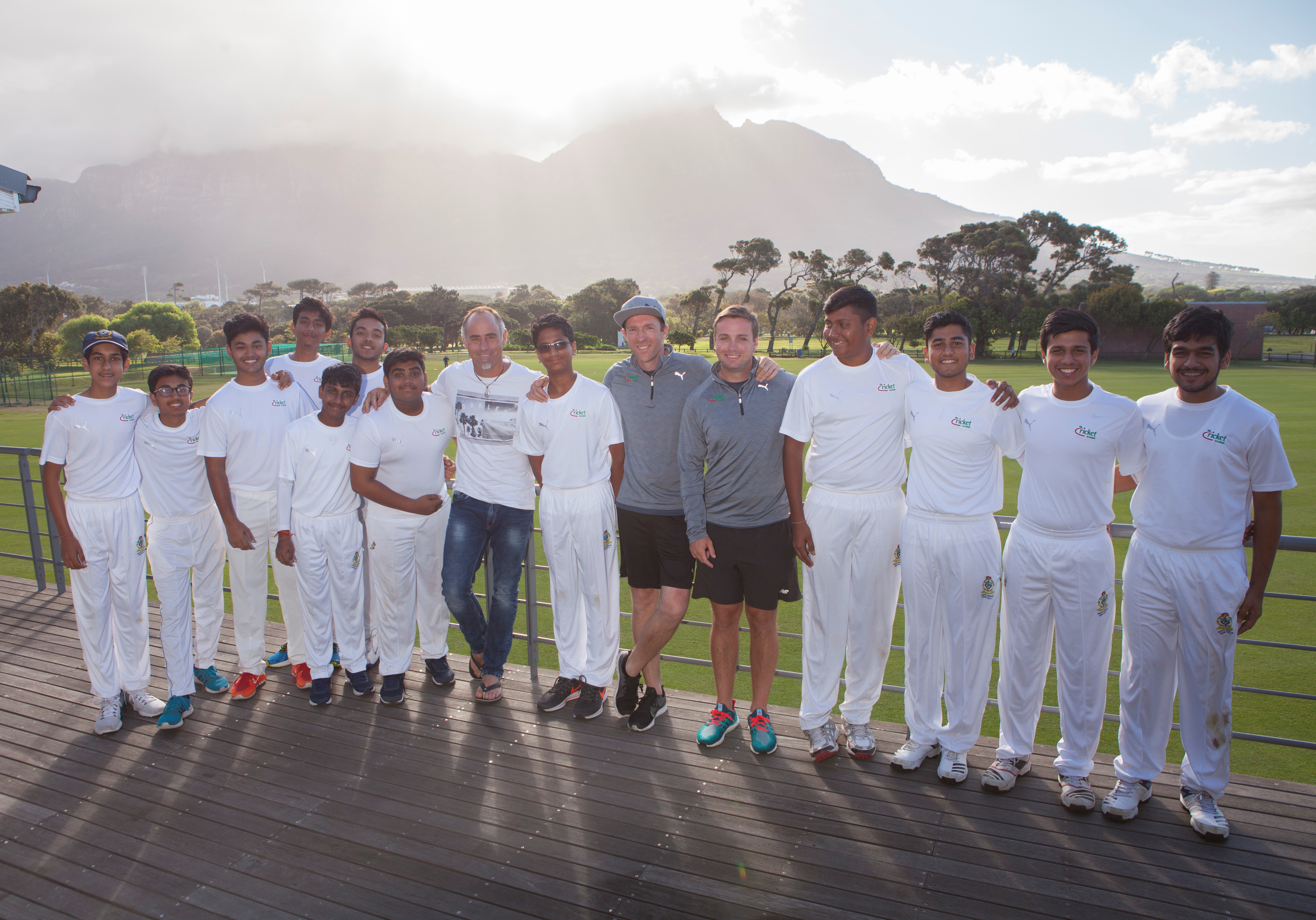 Last month we hosted St Xavier’s Collegiate School from Kolkata. Their itinerary included five matches versus local opposition, training at The Cricket Academy, a workshop with Paddy Upton and some sightseeing. 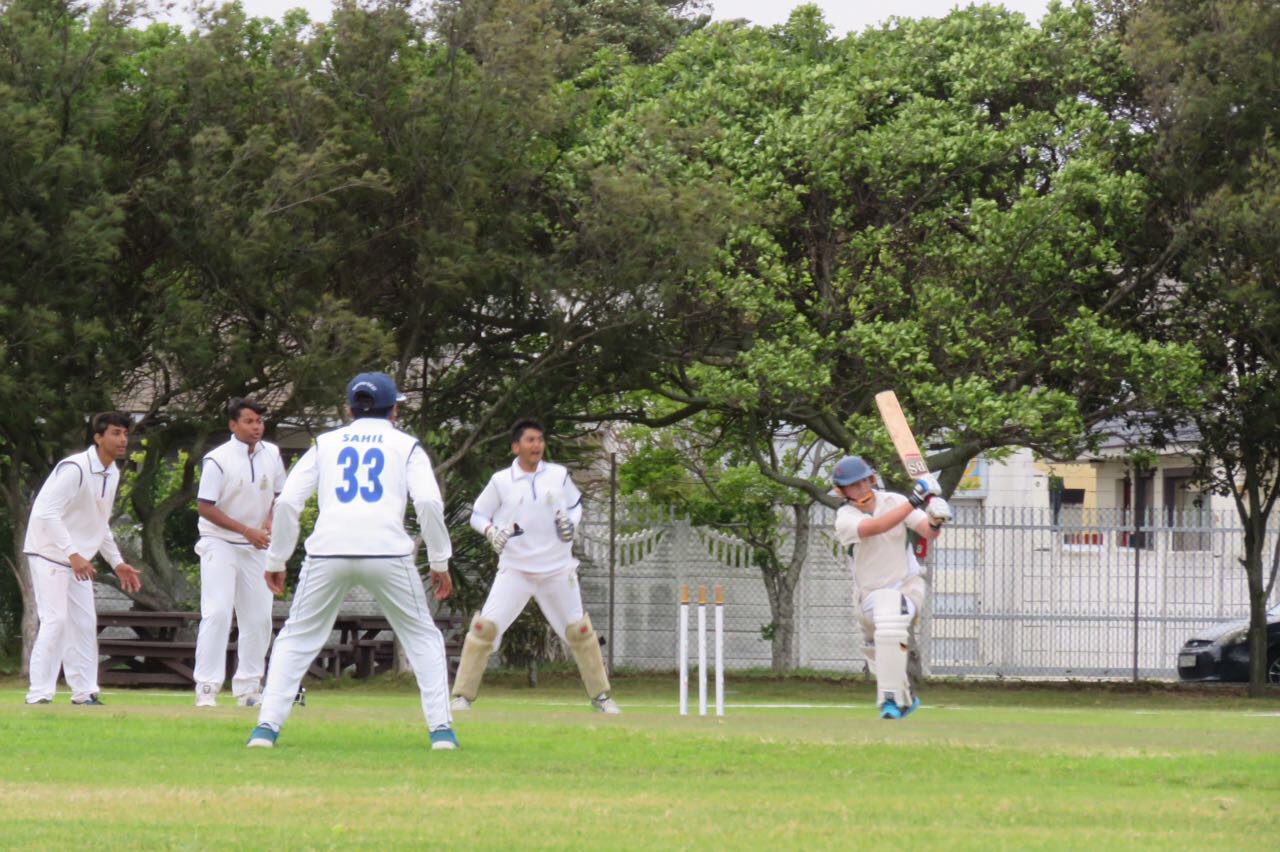 This is the fifth subcontinent group we’ve hosted over the past three years and it was by far the most enjoyable, rewarding and successful tour to date. We’ll get to the reasons a bit later but first a bit of background.

St Xavier’s went on tour to England last year and won seven games out of seven and arrived in Cape Town in high spirits with all of the players who toured England plus a couple of young players added. Year on year they are consistently ranked in the top 5, all boys private schools in India. I was impressed off the bat by the maturity of their captain when he approached me after dinner on the first night to enquire about the local conditions and for any advice I could give. With a mature leader, eager to learn, no wonder they won all their games in England. I began to worry if I had organized strong enough opposition for them.

They lost their first game to Bishops the next day and suffered a heavy defeat in their second match vs The Cricket Academy XI. After dinner that night, their captain once again approached me for some advice. The team was demoralized, they weren’t used to losing and he didn’t know what to do. 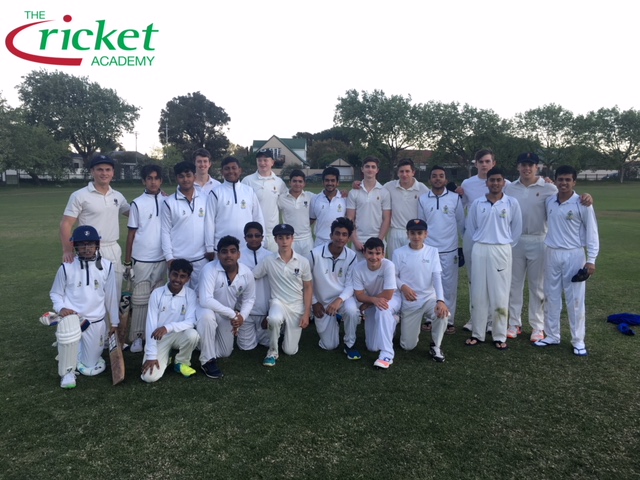 These two loses and what was to follow created the opportunity for the boys to undergo some incredible learning and growth.

Fortuitously we’d had to postpone the workshop with Paddy by a day. They were scheduled to see him prior to their second match and had that happened the two of us would’ve picked a topic for discussion and run with it. It might have resonated with them or it might not have. The second loss coupled with the overall sentiment within the group and the discussion with the captain the previous night presented the perfect opportunity for learning and a topic that WOULD resonate.

After the workshop we took the boys into the nets to help build some confidence and to shift their thinking to focus on some of the learning from earlier. 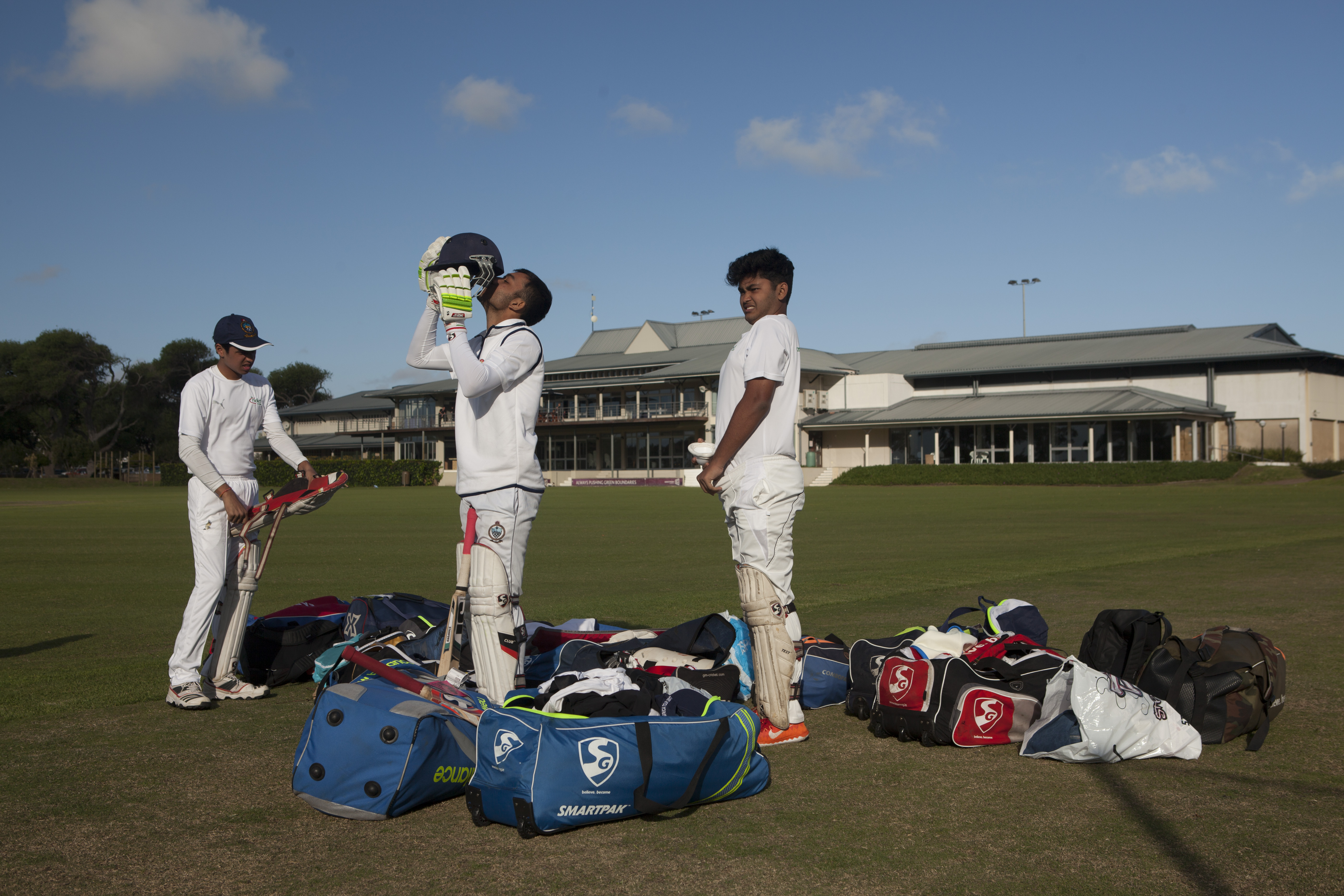 In their third match they were bowled out for 118 and showed incredible fight and improvement in the field to dismiss The Gary Kirsten Foundation XI for 118. Match tied. It was rewarding to see the change in reactions and the support they showed one another, in particular to the youngest member of their squad who dropped a very difficult caught and bowled chance that would’ve secured victory.

On to match four where they posted a very competitive total of 143 in 20 overs vs St Augustines. Saints got off to a flyer taking 58 off the first 6 overs. It was again rewarding to see them slowly claw the game back by utilizing the learning’s from the previous match and workshop. Incredibly the match was tied by taking a wicket off the last ball! Into a super over they went and amazingly that was tied too! The boys were ecstatic with their performance in spite of not “winning”.

They saved their best performance for the last game. They achieved the goals they set themselves in batting, bowling and fielding and this resulted in their first victory in South Africa. There were tears of joy after the match. It was a humbling experience to receive hugs from young players I’d only met a week ago. 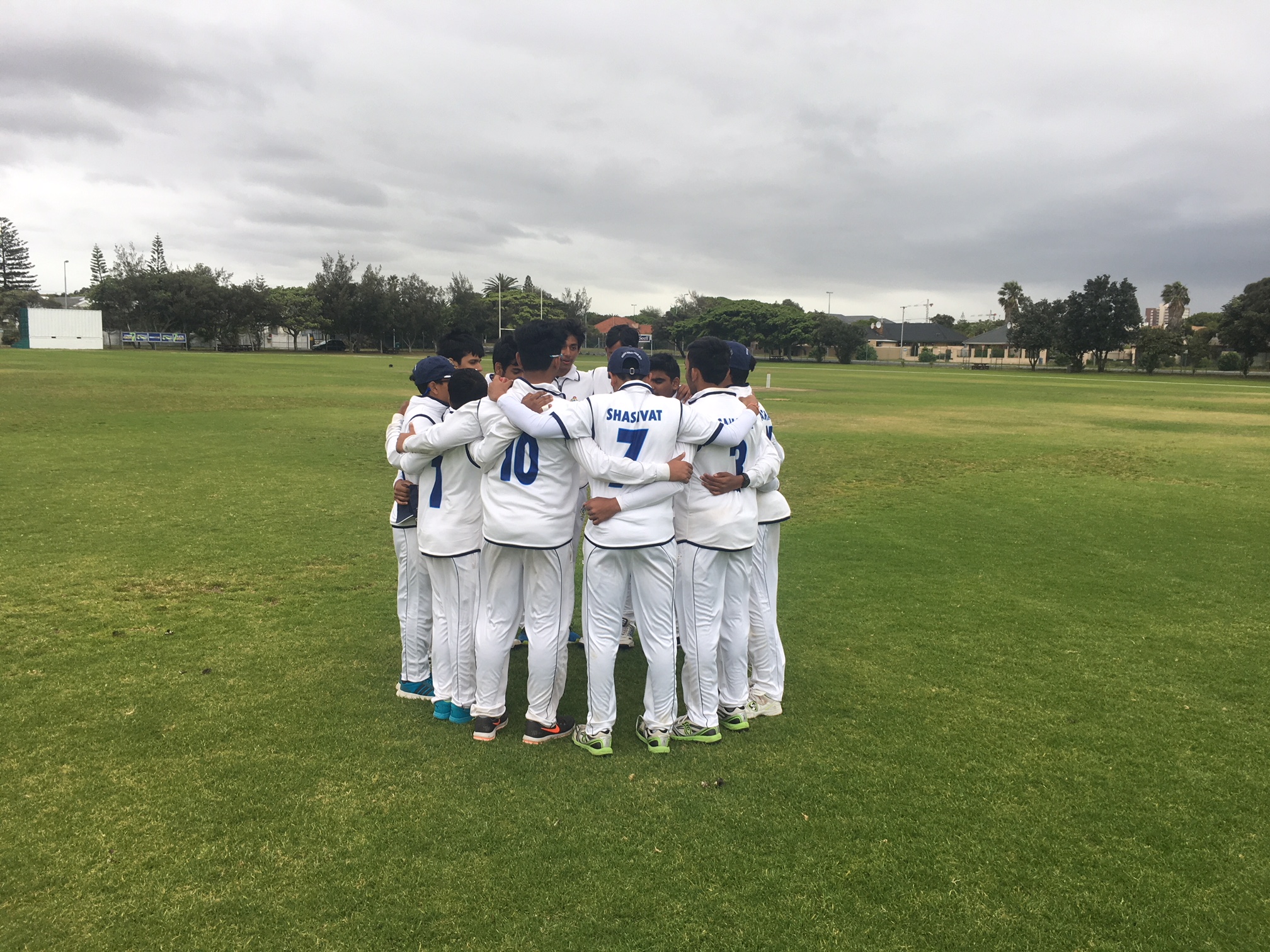 A trip of growth, team unity and maturity

After dinner that night we had a group discussion about the trip, their learning’s and what they would take home with them. There was unanimous consent they enjoyed this trip more than England where they won 7 games out of 7. They had grown as people, as a team, in maturity and learned lessons that will stay with them for life.

At the start of the workshop Paddy asked the boys how they were feeling about the trip. The answers all followed a similar sentiment. Demoralised, depressed, sad, dejected, dismayed and low. 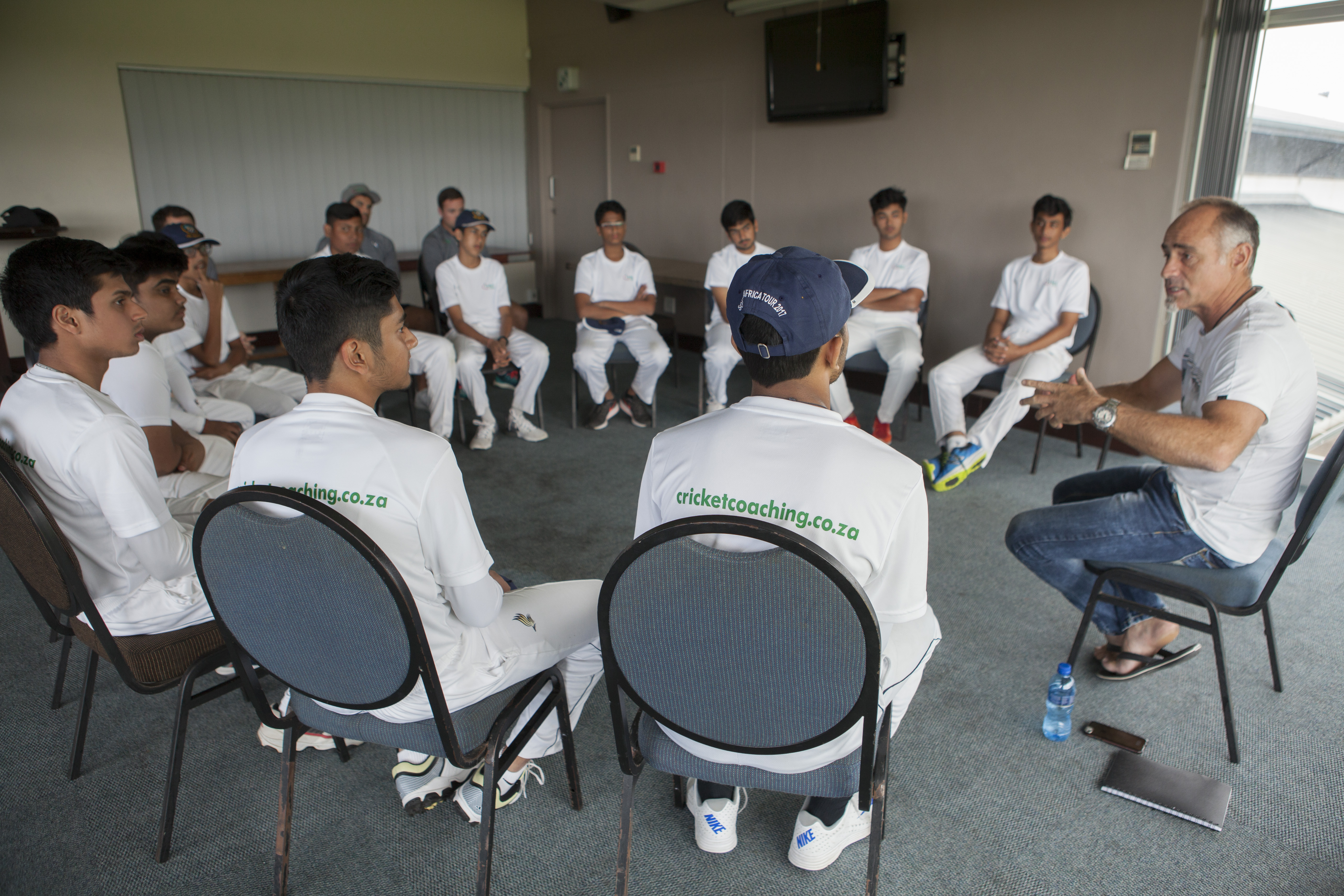 Paddy Upton interacting with the boys from St Xavier’s

Whilst reflecting on the trip it occurred to me that something incredible had occurred. We’d managed to take a group who on day 3 of a 10 day trip were at the lowest point they’d ever experienced and by day 9 it had become the best trip of their lives and this happened with them only winning one game!

This reaffirmed and highlighted that winning is not solely responsible for enjoyment in sport. It is not and should not be the measure of performance and success. There is a better, more productive way with long term benefits for young players to develop and enjoy their sport. The boys took some powerful tools and learning from the trip and workshop with Paddy.

Seeing their improvement and the impact the learning’s of the trip had on the group we approached Paddy and started a discussion around hosting a similar workshop together for parents, teachers and coaches so that we could share these tools with them.

Along with Paddy, we hosted “Keys to Success – in the Modern-Era” at the Sport Science Institute of South Africa on 29 November 2017 from 18:00-20:00. The event was a resounding success with 113 parents, teachers and coaches in attendance and the feedback received was amazing.

We are incredibly excited to announce that we will be hosting a refined “Keys to Success “ workshop with Paddy at Sport Science Institute of South Africa on 23 April 2018 from 18:00-20:00.

We’d really encourage you to take this opportunity to interact with Paddy, one of the most innovative coaches in the world and learn the simple, yet powerful tools that can help young players to long term success… and most importantly, to ensure they continue to enjoy and love the sport they play. After the success of the first event, we expect this event to sell out so don’t delay, book your seats here.

Over the past seven years we have invested heavily in changing the way we coach by attending workshops with Tom Dawson Squibb, Tim Goodenough and Paddy. The improvements in player enjoyment and performance have been immense. We are passionate about sharing these tools so that more young players can be exposed to them.

If you’d like to join us on the start of a journey to change the way we view sport in South Africa and more importantly the way we support young players and equip them for long term growth and success then book now your seats now.

Seats are limited so BOOK NOW.

We look forward to seeing you there!