HOW DO OUR PLAYERS PERFORM SO CONSISTENTLY?

To say the performances achieved by the player’s this summer have been incredible would be an understatement. The performances have resulted in a flood of coaching inquiries from parents wanting the same for their children so we thought we’d share some info about our coaching techniques, something we’ve never done before, in an effort to help more players and coaches. 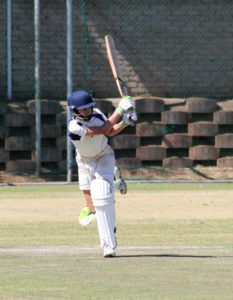 One of the most common questions we receive is: “What makes the Cricket Academy different and how do your player’s perform so consistently?”

In answering the first part, we’ll need to briefly dive into our coaching philosophy and our Six Points for Coaching Success:

Now you’re probably thinking, as most people do, “Fundamental Skills Development is only number 6, but I’m sending my child to develop his cricket skills?”

By placing our energy into the first 5 points, we create a positive, enjoyable environment that stimulates real learning and assists players to form habits that BOOST confidence and ACCELERATE Skills Development.

In answering the second part of the question, “How do our players perform so consistently?” Here, it is really important for parents and players to note that coaching is a process. There is no quick fix/silver bullet to long term success and consistent performances. The majority of the players who have performed consistently well this season are the players who trained throughout the winter. They put the hard work in and coupled with our CONFIDENCE BOOSTING coaching techniques and PROVEN FUNDAMENTALS they’ve achieved some incredible performances. How incredible? 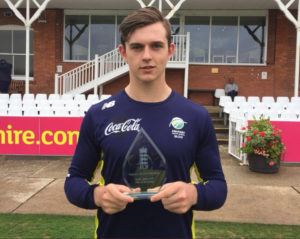 Oliver Whitehead (SACS U14A, SACS U13A and WP U13B) became the first player in the history of Cape Schools Week to score back to back hundreds. Oli scored 3 hundreds in a row in longer formats with scores of 100, 110 retired and 114*. He scored 95* for WP U13B chasing a target of 144 in a warm up match and on Provincial tour he scored back to back half centuries with scores of 73 vs North West Rural and 78* vs North West Urban. He recorded his 4th Hundred of the summer for SACS U14A when he started high school in the first term.

Stephen King (SACS U13B) scored a personal best 70 runs vs WBJS. He took 5 wickets vs RBPS in a T20, took 6 wickets and scored 60 runs vs Bishops, scored 45 runs vs Sweet Valley and took 5 wickets for WPPS!

Anyone can achieve performances like these, it doesn’t matter what team you play in or at what level. The mental and technical skills we develop with the players help them tap into their full potential and play at their best. This boosts confidence and most importantly ENJOYMENT of the game.

The skills we coach, once learnt, are transferable to any situation in life (sports, work, arts,) and will help your child achieve success and enjoyment in whatever they choose to do, bringing them fulfillment and happiness.

If you’d like to find out more about our PRIVATE COACHING and how we can help you child improve their confidence, skills, consistency and ENJOYMENT, leave us your details below and we will be in touch.

FIND OUT MORE ABOUT PRIVATE COACHING: